Billions the most catastrophic flooding the Solar System has ever seen resulted in 4km waterfalls (Image: BBC Studios)

Mars may now be a dead, ­desolate rock but it was once very much alive and almost Earth-like.

Rivers flowed over its surface and waterfalls cascaded down its peaks, while volcanoes blew lava into the sky.


And a BBC2 series presented by Professor Brian Cox uses CGI to show the Red Planet as it may have been.

The scientist explores how Mars, Venus and Mercury all had similar qualities to Earth as he tells the stories of “worlds born and worlds lost”. 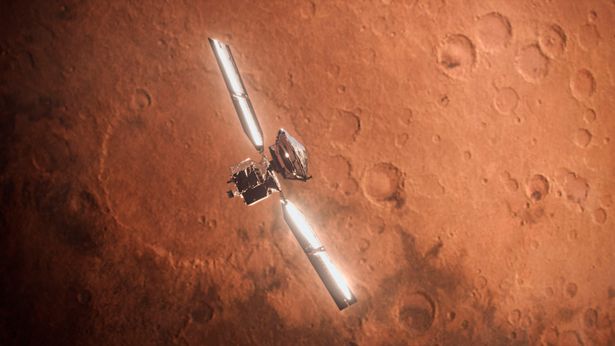 This craft sends back more data per week than all the other Mars Missions combined (Image: BBC Studios)

He says: “As we’ve explored our sister worlds, we’ve discovered each appears to have had a moment where it’s enjoyed almost Earth-like conditions.

“Every one of our rocky neighbours has a story of what might have been.”

While Mars is an icy desert nowadays, around 3.5 billion years ago it had a very different atmosphere.

Prof Cox says: “Mars had its moment in the sun – with an atmosphere rich in greenhouse gases, rivers flowed for hundreds of millions of years.

“But being smaller than Venus, it couldn’t hold on to its atmosphere.

Much of its water evaporated and escaped into space, leaving only traces, frozen in patches across the planet, where missions continue to search for the first signs of extraterrestrial life.” 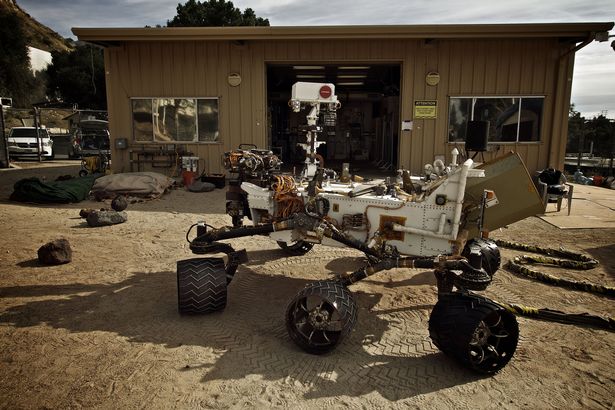 Prof Cox says it is possible we will find life on Mars and water may still exist there.

But he adds: “If life does exist out there it’ll only be simple. Nothing as complex as you and me, or even a plant.”

Mercury is our least explored neighbour. Temperatures hit 430C in the day and -170C at night. Yet things could have turned out very differently.

Prof Cox says: “A few million years after formation, Mercury was still seething with the heat of its violent birth. Slowly, it cooled and a crust formed.

The crust became enriched in volatile elements escaping its interior.

“But this could only happen, not in the position we see it today, but much further out. We now think Mercury was born 170 million km further away, close to the orbit of Mars.

“A place where if it had stayed, its destiny could have been very different.” 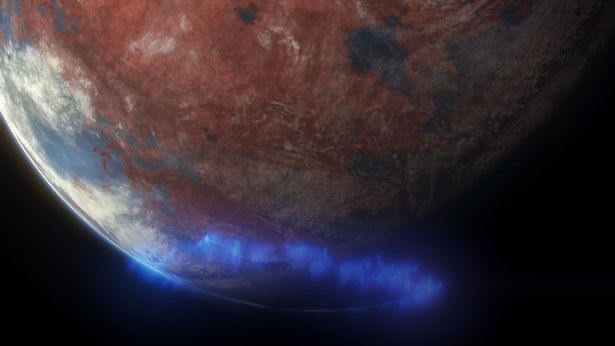 There is a theory that billions of years ago, “something large kicked Mercury towards the sun”.

Venus was also Earth-like once, however, when the young sun grew brighter it evaporated any water into its atmosphere.

When the Soviets sent Venera 13 there in 1982, they believed the probe would find similarities to Earth, possibly even oceans.

Prof Cox asks how two seemingly similar planets can be so different. “Venus is a vision of hell where no life can survive. Where did it all go wrong? Why did one world, Earth, become heaven and one become hell?

Venus had reached a tipping point, a runaway greenhouse effect.”

And while the series tells of the births of the planets, it also looks ahead to their deaths. We are left with a chilling vision of the sun turning into a Red Giant star as it expands – engulfing Mercury, Venus, Earth and Mars. 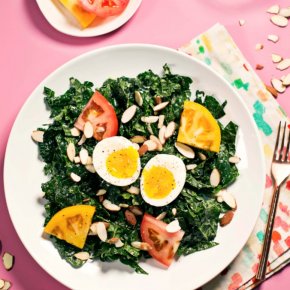 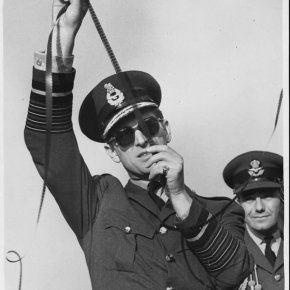 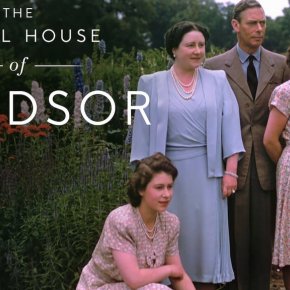 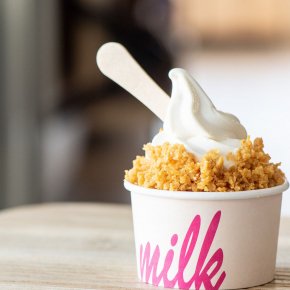